With the inflation outlook deteriorating since the previous Monetary Policy Committee meeting – with the headline inflation rate again breaching the upper limit of the 4-6% target for the second consecutive month at 7.4% in June 2022, it was inevitable that a decision would be taken to further increase the repo rate, the question was simply by how much.

The Reserve Bank would have had to grapple with an unusually complex set of circumstances when making its decision to hike the rate by 75bps, amidst resurgent inflationary pressures – with the impact of a series of hefty petrol price increases still to be felt, an ongoing war in Ukraine and the growing risks of a global recession.

Of even more concern to the Reserve Bank is the emerging evidence that price pressures are beginning to become entrenched – with higher input costs being passed on to consumers and rising living costs resulting in higher wage demands.

While these developments made a clear case for raising interest rates, the Bank no doubt remains mindful of the weakening growth outlook both globally and locally. South Africa is having to contend with the negative impacts of the flooding in KwaZulu-Natal, severe national loadshedding, and a household sector whose finances are under intense pressure from rising food and energy prices – notably petrol.

However, it is relevant to bear in mind that although interest rates may be rising as the Bank normalises monetary policy after the remaining restrictive regulations associated with the pandemic were removed, they remain below pre-Covid levels (of 10%) and consequently are still attractive for homebuyers.

More significantly, banks retain their appetite for extending mortgages to homebuyers, which is providing a solid underpinning for the local housing market, even as we move into an era of gradually rising interest rates and increasing pressure on household finances.

The banks’ appetite to extend mortgages is reflected in the latest ooba data, which shows that mortgages as a percentage of the purchase price have risen to a level of 93% in recent months (six-month moving average), which is the highest level in well over a decade. 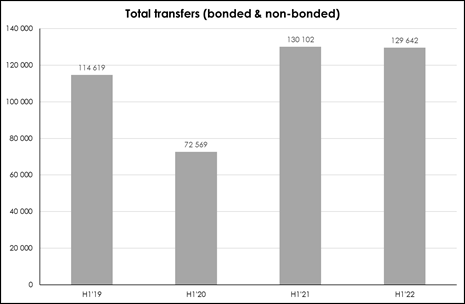 Furthermore, the banks are pricing those loans at an attractive 0.3% relative to prime rate on average – a level last seen in mid-2010. 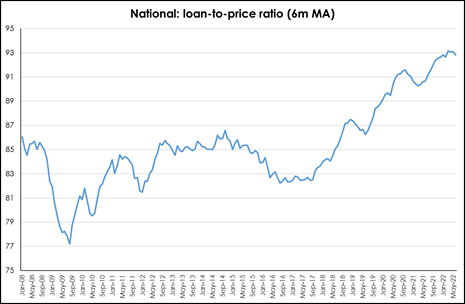 What we are seeing is that residential property is increasingly being seen by South Africans across all walks of life and in particular, the younger generation, as a sound investment class. Encouragingly, the demand for investment (or buy-to-let) properties continues to rise, increasing to 7.8% of total loans in June 2022, according to ooba, which is the highest level recorded since May 2010.

Price growth has now peaked in all major regional markets, with the Western Cape remaining strongest at +6.3% in June, followed by KwaZulu-Natal (+5.4%) and Gauteng (+3.6%). The fact that the sub-R1 million price band continues to outperform other price categories is indicative of the high demand in this lower end of the market, while price growth appears to be stabilising in the R1 million to R3 million band.

Coupled with this, 100% bond applications have quickly returned to – and remain at – pre-Covid levels of around 60% of applications, according to ooba, while the approval rate eased to 80.7% in June, not far off the pre-Covid record high of nearly 85% in February 2020. Meanwhile, first-time home buyer approvals for 100% loans stand at 80%, with prices paid by first-time buyers currently averaging at R1.14 million according to ooba’s most recent stats.

Another interesting trend (noted in Lightstone data) is the continued acceleration in coastal house prices, with the price premium compared with non-coastal property widening to +3.1% which is the highest since mid-2005. Coastal prices have risen by +8% in March 2022 (latest available statistics) compared to +4.9% for non-coastal (Lightstone statistics). Notably, Nelson Mandela Bay remains the top performing metro and coastal market with a recent data revision (by Lightstone) reflecting a renewed acceleration in house price inflation of +8.9% in March 2022. 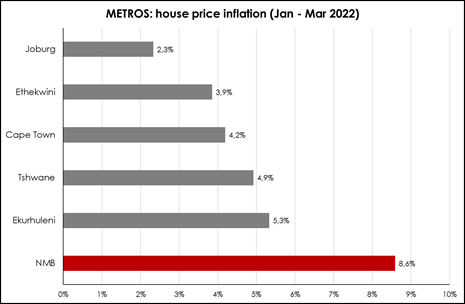 In summary, while there may be headwinds facing the housing market – such as rising inflation, increasing interest rates and a sluggish local and global economy – an ongoing positive underpinning for the market is the appetite of financial institutions to extend credit. Not only are they pricing home loans competitively, but they are also requiring lower deposits as a percentage of selling prices than we’ve seen in over a decade. And as always there are always high demand areas in various regions, plus the semigration trend continues to coastal and more countrified areas for a variety of reasons, as well as sought after metros and commercial hubs. We remain optimistic in regard to the ongoing resilience of and confidence in South Africa’s residential property market in 2022.

Homeowners should brace for even higher home loan repayments

Unsurprised by this announcement, Regional Director and CEO of RE/MAX of Southern Africa, Adrian Goslett says that he is interested to see whether this latest cut will affect activity within the local housing market. “In the first quarter of the year, we already noticed activity subside following the first interest rate hike that was announced in November 2021. However, housing market activity inexplicably bounced back in Q2 and is now even stronger than it was last year,” he explains.

“While I do expect that buyer activity will take a knock following this latest hike, I am also optimistic that demand for real estate will remain strong. Interest rates are still roughly 1% lower than pre-pandemic levels and the housing market was still active when prime was at around 10% pre-COVID. Even after this latest interest rate hike, it is still more affordable to take out a home loan now than it was back in 2020, which leads me to believe that the property market will remain active despite the increasing interest rates,” says Goslett.

His advice to buyers over this time is to make use of the various online affordability calculators to work out what the repayments will be at higher interest rates before going ahead with a purchase. He also recommends that real estate agents start building up some cash reserves for if and when the real estate market does become less active.

“It is difficult to say what lies ahead for the local housing market. My advice is to prepare for the worst and to expect the best. For buyers and tenants, this means leaving room in the budget for future interest rate hikes. For sellers and landlords, this means setting a fair asking price and rental amount so that buyers and tenants can afford the purchase and the rent. For agents, this means building up savings to get you through quiet months with no sales. It is always better to be well prepared and not need it, than to be unprepared when disaster strikes,” he concludes.