ALEC HOGG: It’s Tuesday July 19 2011 and in this Boardroom Talk special podcast we 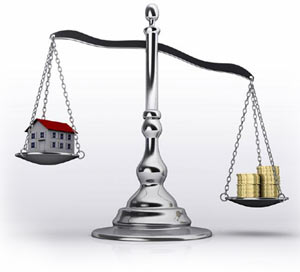 speak with Yunus Carrim, who’s the Deputy Minister of Cooperative Governance and Traditional Affairs. Deputy Minister, the proposal for a hike in rates on second properties has released a firestorm. You have come out with a statement to clarify; perhaps you can share with us what the reality is?

YUNUS CARRIM: Well, it’s absolutely clear to us that we have no intention whatsoever to charge those people, who own more than one house, commercial or business rates on their additional houses. In fact, the intention is to ensure that people who use their residential properties for bed and breakfasts or guesthouses or small hotels, and who are therefore engaging in commercial activity, should clearly therefore be subject to commercial or business rates. But if people have an extra house, which they rent every now and then, say, if it’s on the seaside, to people who want to use it during the holiday season or, indeed, they have an extra house and they have tenants there, students and the like, they will not be subjected to those additional properties being subject to commercial or business rates. The bill, in fact, is a response to ratepayers who have, since the original act was passed in 2004, complained about aspects of the act not being clear. The bill is also in response to some municipalities who have argued – in our view, legitimately – that aspects of the act are actually difficult to implement. So, it’s actually to make the act more transparent to the ratepayer and the municipalities, to make it more uniform across the country, to provide for more efficient and effective implementation that the bill is being proposed. I must stress too that the bill is merely a first draft that’s out there in the public domain. It has been gazetted for public comments since June 9 and date of closure for comments is this Friday July 22 and we’re especially keen to hear from people. If there is a misunderstanding, as there seems to be, we will obviously make amendments to make yet clearer that the intention is to target guesthouses, bed and breakfasts and small hotels but not the second or third home of a house owner.

ALEC HOGG: There was also some comment, as you are well aware, there was a viral campaign on the internet, as well, that it was going to affect farmland, is that also inaccurate?

ALEC HOGG: So, if the way you’ve explained it, the bill is really aimed at providing clarity, everybody can understand that and it certainly isn’t an attempt by government to discourage people from saving, perhaps, by trying to acquire a second property some time.

YUNUS CARRIM: Absolutely. We have no mandate, either from the majority party or from government, as the cooperative governance ministry, to do that. That would actually also affect macroeconomic stability, it would go against the grain of the New Growth Path, where if we were to do that we will have to do it as part of a review of economic policy and tax policy and financial policy and clearly, there’s no such intention. If one reads the bill as a whole, it’s very clear that there’s no such intention. The definition of business or commercial property clearly excludes the second or third home of a house owner and if you [UNCLEAR 0:49] the bill in the context of the original act, it’s even yet clearer. So, while there’s some room to misinterpret the bill in the way it has occurred, frankly it’s uncalled for. But we understand, in these difficult economic times and with the recent July 1 increases in tariffs for municipal services, the people will be anxious about property rates escalating. I must stress too that the power to levy rates resides with municipality. All national legislation can do is provide a framework within which municipalities can levy property rates. In fact, the bill speaks beyond what you’ve observed and what I’ve said, additionally to provide a tighter framework within which municipalities may develop their specific rates policy to, in fact, protect categories of home owners and categories of property owners [UNCLEAR 1:58] that the municipality sometimes charge them excessive rates. What we’re seeking to do with this bill is to provide a tighter national uniformed framework within which municipalities can develop their specific rates policies. In fact, we are very clear that if municipalities charge excessive rates, it would challenge the macroeconomic stability of our country and will not contribute towards cohesion in respect of economic and financial policy.

ALEC HOGG: Deputy Minister, your political opponents have launched at you saying that the only reason why you’re clarifying things now is because the original intention was very different. From what you’ve told us now, it appears as though, perhaps, that’s just politicking.

YUNUS CARRIM: I ask the minister to judge for him or herself. Why don’t people simply read this bill. The bill will be taken to Parliament in the next month or so, we will obviously consider all the proposals that have come from the public, once the deadline for comments has lapsed this Friday, and we will, obviously, look at the one clause that seems to be subject to misinterpretation and make that clearer and then the bill goes to Parliament. Now, in this country, in a democracy, it’s Parliament that decides ultimately on legislation and Parliament will, no doubt, have its own sets of public hearings and will give the public a second opportunity to comment on the bill. So, it’s far from the case that the bill is some sort of [UNCLEAR 3:42] and, indeed, the current draft that is gazetted, I must stress, is an outcome of engagement with a wide range of stakeholders, not least agricultural organizations, ratepayer associations, business organisations, the chamber of mines, representatives of a range of NGOs and individual ratepayers too. These hearings were held in all the provinces in April last year and, in fact, various drafts of the bill were subjected to further consideration by the stakeholders and nobody picked this up because those who read the bill until now and were engaged in it, understood what the intent was. But let me assure you, I was chair of the committee when we did the original act. One year before the act came to us, as Parliament, there was a huge hoo-ha about it, a huge furore about it and we gathered that this is the case universally. People may be prepared to pay for water and electricity charges but property rates are always highly contested because there are various different methods valuing, there are various criteria in deciding rates in the rand and there are various notions about what property rates should be used for. In other words, it’s a more general tax, if you like, in a municipal level, whereas the other charges you pay are for specific consumption or specific amounts of, for example, water and electricity, so you can see that you use so much of water and so much of electricity and, presumably, you’re prepared to pay that amount. But with property rates, you contribute but it doesn’t necessarily lead to a direct consequence for you personally, it might lead to a general improvement in the municipality as a whole and if you live in a better off area, it’s true, the property rates are used substantially [? 5:35] in your own area than in areas that are less better off than you are. So, you can’t see the direct necessarily consequence of the money you contribute in property rates. Now, I think that’s the basis, partly, for some of the misunderstanding and anxiety about paying property rates.

ALEC HOGG: Thank you, sir, for the clarification. The Deputy Minister of Cooperative Governance and Traditional Affairs, Yunus Carrim.